Our book "For Victims Yours and Ours" is a ground-breaking story about the financial elites of the City of London and Washington D.C.; how they influenced world events and how they financed wars and revolutions across the centuries. In the last 7 years we have been investigating the circumstances surrounding the unlawful destruction of the Anglo-Polish cultural and religious heritage in Fawley Court in England, which had been overtaken by an offshore company with support of the Vatican and the British authorities, in particular the UK Charity Commission, the UK Ministry of Justice and the UK Supreme Court... more » 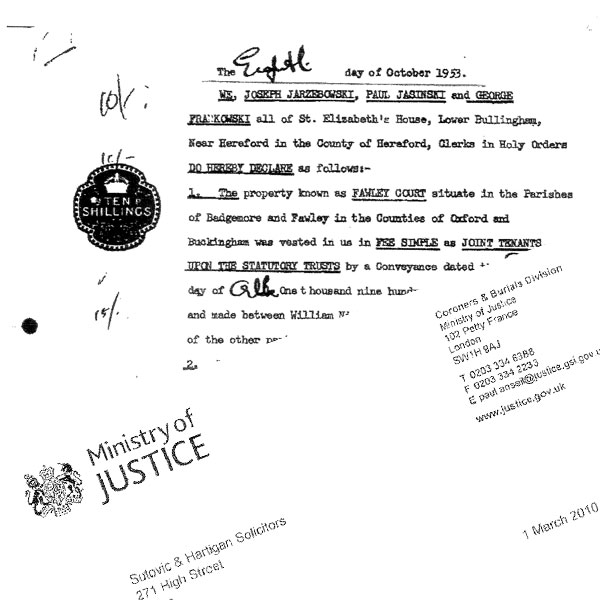